Read about the latest meeting of the Foreign Affairs Committee

The European Union plays an important role in international affairs through diplomacy, trade, peacekeeping and development. As an EU Member State, Ireland contributes to this role through our involvement in the Union’s external policy development and implementation.

A global actor in a globalised world

EU external policies are aimed at regions and countries outside of the current European Union. They are overseen by European Institutions and EU member states.

The member states of the EU oversee the Common Foreign and Security Policy (CFSP) when they come together in the Foreign Affairs Council.

The EU’s foreign policy chief, the High Representative of the Union for Foreign Affairs and Security Policy, is currently Federica Mogherini. She helps to co-ordinate the EU’s external action and represents the EU on a global level in areas of foreign and security policy.

She is also a member of the European Commission and is assisted in her duties by the European External Action Service (EEAS), the EU’s diplomatic service 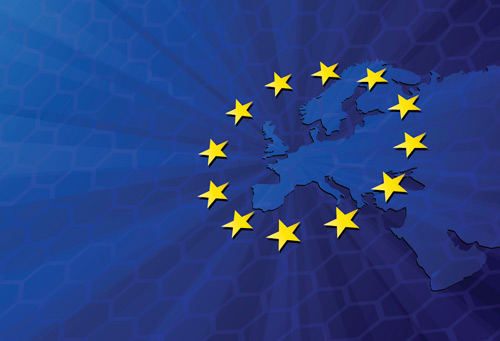 Welcoming more countries into the EU

One of the EU’s most successful policies has been offering countries the chance to join the Union. To become a member of the EU, candidate countries must comply with EU legislation and fulfil the Copenhagen Criteria for EU entry.

There have been seven enlargements of the EU and currently there are 28 Member States. Ireland was part of the first enlargement in 1973 along with Denmark and the United Kingdom. The most recent enlargement was on 1 July 2013 when Croatia became the 28th Member State.

Ireland supports EU enlargement and during our Presidency of the European Union we took forward the process in relation to all five candidate countries – Iceland, Turkey, Montenegro, Serbia and the Republic of North Macedonia.

Enlargement enhances security and stability within the EU and benefits all EU citizens.

By adding new members to the EU, it boosts economic growth and creates jobs in both old and new member states.

People in new member states benefit from EU policies that protect the environment and fight against crime, drugs and illegal immigration.

New members add to the cultural diversity of the EU, and bring new ideas and better understanding of other cultures.

Enlargement allows the EU to play a stronger role in world affairs, through its foreign and security, trade, and development policies. 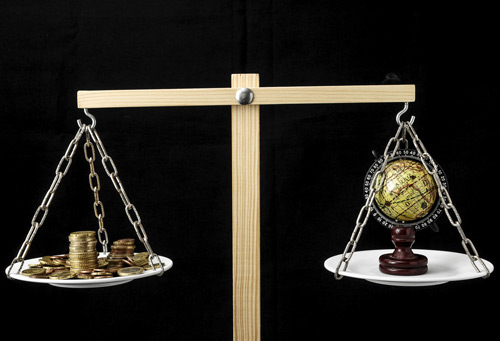 The EU is the largest trading bloc in the world with just over 500 million consumers and it manages trade relations with countries outside this bloc through its trade policy.

The EU is constantly negotiating trade agreements with different regions and countries around the world. Some of the most recent agreements covered countries such as South Korea and Peru.

Trade policy is an exclusive power of the EU – so only the EU, and not individual Member States, can negotiate and conclude international trade agreements with individual countries. The European Parliament decides jointly with the Council of the EU on how this policy will be made and implemented.

These agreements help increase the flow of trade in both directions and improve choice for consumers in Ireland and across the EU.

The producers of Irish goods and services also benefit from increased market access to non-EU countries provided by trade agreements.

Development assistance is at the heart of the EU’s external relations, along with foreign, security and trade policies. The primary objective of EU development policy is to eradicate poverty by achieving the Millennium Development Goals. Reducing by half the number of people suffering from hunger by 2015 is a key EU development priority.

Together, member states including Ireland and European institutions contribute more than half the world’s official humanitarian aid, making the EU the largest donor of humanitarian assistance and development aid in the world. 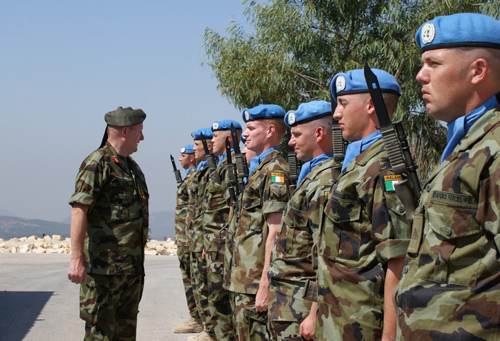 The European Union plays an important role in international affairs through diplomacy, trade, peacekeeping and development. As an EU Member State, Ireland contributes to this role through our involvement in the Union’s external policy development and implementation.

The Common Foreign and Security Policy (CFSP) allows the EU to act in a unified way on foreign policy and security issues and increases political co-operation between EU Member States. The CFSP allows the EU to adopt external responses to international security or defence situations including:

We work with other Irish government departments (particularly the Department of Defence) to manage Ireland’s involvement in CSDP activities. This includes the deployment of Irish troops to EU-led missions in Mali, Bosnia & Herzegovina, and the Navy to the Mediterranean as part of Operation Sophia, in addition to EU-led civilian missions in Libya, Mali, Niger, Somalia, Kosovo, Georgia, Ukraine and the Palestinian Territories.

The EU Global Strategy (EUGS) sets out a clear vision for the CFSP. It commits the EU to promoting peace, prosperity, democracy and the rule of law. As part of the EUGS, Permanent Structured Cooperation (PESCO) on security and defence is currently pending an EU Council decision. Ireland intends to work within PESCO with a view to enhancing EU coordination, reducing duplication of effort and cooperating in the development of EU common security capabilities.

The CFSP strengthens the EU’s external ability to respond to crisis situations and facilitates the EU’s promotion of peace, democracy and stability in problem areas around the world.

By acting together as the EU, the 28 member states have far greater influence in international affairs than if they act individually

The CFSP allows Ireland to take part in peacekeeping and institution building operations throughout the world that are respectful of our policy of neutrality.

Read about the latest meeting of the Foreign Affairs Committee