Learn more about this initiative.

The European Union institutions produce the EU’s policies and oversee the management of its various programmes. 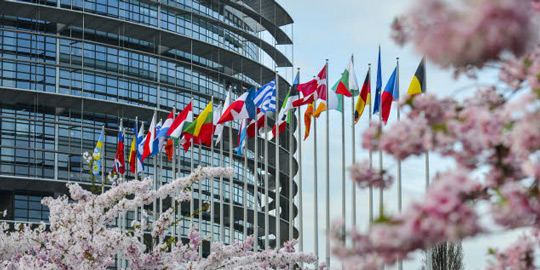 The European Council is made up of the heads of Member State governments, who meet to guide the work of the EU.

The  Council usually meets between four and six times a year and you can see its conclusions online. Since the Lisbon Treaty, the European Council has a full-time President who chairs its meetings. Donald Tusk has held the position since 2014

Council of the European Union

The Council of the European Union is made up of Ministers from the Member States who come together to make decisions on legislation and policy. There are 10 different Council formations for different policy areas, eg General Affairs Council, Transport, Telecommunications and Energy Council and Foreign Affairs Council

The European Parliament is made up of 751 directly-elected MEPs from all Member States who help create policy and make decisions in co-operation with the Council of the EU. Ireland is represented by 11 MEPs from four constituencies whose five-year term runs until 2019

Court of Justice of the European Union

The European Central Bank manages the Euro currency and monetary policy for the eurozone. The governor of the Central Bank of Ireland sits on the Governing Council of the ECB

The European Court of Auditors was established in 1975 in Luxembourg to audit the accounts of EU institutions. The Court is composed of one member from each EU member state

Learn more about this initiative.