Most of the policies made by the European Union (EU) relate to internal issues that directly affect our everyday lives. They’re known as common policies as they affect all the member states of the EU and Ireland is closely involved in developing and implementing them. 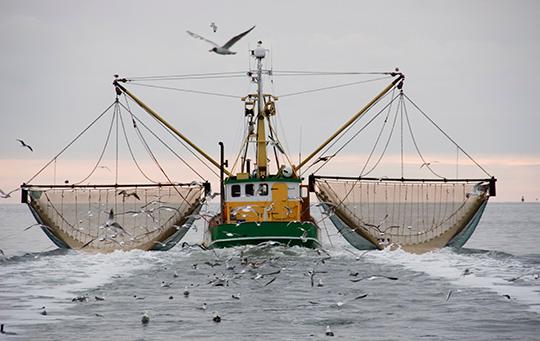 A market of over 500 million people

The Single Market is perhaps the most significant internal policy of the EU. It allows Irish people, goods and services to move freely between the 27 other member states of the EU and has given Ireland access to a market of over 500 million people.

Irish citizens can travel and work anywhere within the EU without the need for visas, permits or other controls.

It’s now cheaper for people and goods to move easily between member states, thanks to the easing of regulations for industries such as transport.

As well as helping domestic industry to develop, the Single Market also benefits open economies like Ireland by allowing foreign multinational companies to locate here and still have full access to the markets of the other member states.

The European Commission tries to ensure that there is a level playing field for all businesses operating in the Single Market by dealing with competition issues between companies in Europe.

In order for it to operate effectively, the Single Market needs to have common standards of products as well as common regulations. The EU Institutions often pass legislation in these areas.

Agriculture is an important sector of the Irish economy so the Common Agricultural Policy (CAP) is a significant EU policy for Ireland. CAP aims to ensure that farmers receive a fair price for their produce in return for ensuring that their produce meets high standards of quality, hygiene and safety laid down by the EU.

CAP supports farmers and agri-business to:

The CAP also aims to promote innovation in farming and food production to improve efficiency and reduce the impact farming has on the environment. This helps farmers to gain access to the latest technology and farming methods.

Ireland receives close to €2 billion a year in CAP subsidies, mostly through the single direct payment system. This funding has helped Irish farmers to diversify and enlarge their operations and ensure that they are at the forefront of the latest developments in farming.

Protecting the rights of workers

The EU aims to achieve a high level of employment, and social rights and conditions for workers across the entire Union.

The EU sets minimum requirements for national employment law to provide a strong level of protection for workers. As a result, labour standards in Ireland and across the EU have vastly improved, particularly in areas such as working time, parental leave and health and safety.

The EU also distributes funding from the European Globalisation Adjustment Fund. This helps workers find new jobs and develop new skills when they have lost their jobs as a result of changing global trade patterns. Many Irish workers have directly benefited from this fund.

The European Social Fund also helps develop employment opportunities across the EU by helping workers to develop their skills in an ever-changing jobs market.

Leading the fight against climate change

EU legislation provides a strong framework for protecting and improving the environment across the EU. Standards and regulations cover air pollution, waste management, water standards, the use of chemicals and other harmful substances and the protection of biodiversity.

The EU promotes the need to address climate change and is working to cut its greenhouse gas emissions while encouraging other nations and regions to do likewise. It is developing a strategy for adapting to the impacts of climate change. Reining in climate change carries a cost, but doing nothing will be far more expensive in the long run.

Investing in the green technologies that cut emissions will not only address climate change, it will also create jobs and boost the European economy.

Safeguarding the EU and its citizens

The need for co-operation between member states on immigration and law and order issues is greater than ever. EU home affairs policies address these issues and work to ensure the safety and security of the EU’s citizens and its borders.

Millions of European citizens travel across the EU’s borders each year and large numbers of migrants try to enter the EU. The EU’s policies allow it to manage its external borders and deal with issues of legal and irregular migration, integration, readmission and return.

Policies on internal security support the fight against organised crime and terrorism, and enhance police co-operation. The Schengen Area of Co-operation abolishes border controls between member states as well as allowing authorities to exchange information and co-operate more effectively.

While Ireland takes part in policing and judicial co-operation, we are not party to the agreement on abolition of border controls.