Ireland was elected to the UN Human Rights Council for the first time in November 2012.

Our international engagement on human rights discussions enables us to reaffirm our commitment to the universality, indivisibility and interrelatedness of all human rights, to accountability for human rights violations and abuses, and to the protection of those who are most vulnerable and marginalised. 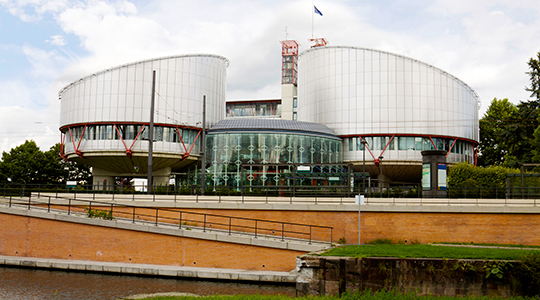 Ireland encourages respect, protection and fulfilment of human rights obligations on the international stage. Our work is underpinned by:

Our Human Rights Unit (HRU) is responsible for:

Human Rights at the United Nations

The United Nations General Assembly (UNGA) represents all 193 Member States and holds regular sessions to discuss international issues. All Member States have one vote and decisions on important questions require a two-thirds majority. There are six main committees within the UNGA, each responsible for a different thematic area of interest. UNGA’s Third Committee (see below) focuses on human rights issues.

The Third Committee of UNGA, based in New York, is concerned with social, cultural and humanitarian issues that affect people globally and focuses a large part of its work on human rights questions. Ireland plays an active role at the Third Committee, through the negotiation of resolutions and the delivery of statements and interventions.

The Human Rights Council (HRC) is an inter-governmental UN body based in Geneva and consists of 47 UN Member States which are elected for staggered three-year terms by the UN General Assembly. The HRC is responsible for strengthening the promotion and protection of human rights around the world. It discusses all thematic human rights issues and addresses serious country-specific human rights violations, making recommendations on them. It meets in three main sessions per year every March, June and September and takes place for a total duration of ten weeks each time.

Ireland was elected for the first time to the HRC in November 2012 and served on the Council between 2013-2015. As a member of the Council, Ireland focused on the human rights situation in individual countries, as well as a number of thematic priorities such as ensuring the rights of LGBTI (lesbian, gay, bisexual, transgender, or intersex) persons, the rights of the child, protection of human rights defenders, freedom of religion or belief and internet freedom.

During our membership, Ireland also led two national initiatives at the Council: the first on the promotion and protection of civil society space and the second on preventable morbidity and mortality of children under five. Advancing these initiatives was chief amongst Ireland’s priorities as a member of the Council.

While our membership of the Council ended on 31 December 2015, Ireland has continued  its work at the HRC as an Observer State and is active on a number of key issues including freedom of expression, freedom of religion or belief, the rights LGBTI+ persons, the protection of human rights defenders and civil society space and human rights and climate change.

One of the key mechanisms of the Council is the Universal Periodic Review (UPR) which serves to assess the human rights situations in all UN Member States.

Find out more about Ireland’s engagement with the UN Human Rights Council.

The Special Procedures is a mechanism, consisting of independent human rights experts referred to as special rapporteurs, special representatives, independent experts, and working groups who monitor, examine, advise and publicly report on thematic issues or human rights situations in specific countries. Ireland seeks to support their work to advance human rights around the world. Ireland has also issued a standing invitation to all special procedures to visit the country, and has in the recent past received visits from the Special Rapporteur on the situation of human rights defenders and the Special Rapporteur on extreme poverty and human rights.

Human Rights at the European Union

COHOM is the Human Rights Working Group of the EU Council. It is responsible for human rights issues in relation to EU external relations and is composed of human rights experts from EU countries and the European Commission. It works to implement EU priorities on human rights and to support the work of the EU Special Representative (EUSR) for Human Rights, Mr Eamon Gilmore. The Special Representative has a broad mandate which concludes in 2024 and includes enhancing the presence, effectiveness and visibility of EU human rights policy in EU external actions.

See our International Partners page for a more detailed look at Ireland’s engagement with the European Union.

Human Rights at the Council of Europe

The European Convention for the Protection of Human Rights and Fundamental Freedoms (ECHR) is central to the work of the Council of Europe and is widely considered to be the cornerstone of human rights protection in Europe. The Convention binds its signatories, of which Ireland is one, to protect specified rights and freedoms.

The European Court of Human Rights is based in Strasbourg. It hears applications from both individuals and member states on alleged breaches of the Convention. It is of particular importance to Ireland, given the vital role it plays in safeguarding fundamental rights. Ireland has also strongly supported efforts in recent years to reform and improve the working methods of the Court.

Within the Council a number of important human rights monitoring systems also operate, including the Committee for the Prevention of Torture and Inhuman or Degrading Treatment or Punishment (CPT), the Framework Convention for the Protection on National Minorities, the European Commission against Racism and Intolerance (ECRI), and the Office of the Commissioner for Human Rights.

The IHRA (formerly the Task Force for International Cooperation on Holocaust Education, Remembrance and Research) is an intergovernmental body, established in 1998 by the Stockholm Declaration, currently comprised of 34 Member Countries. As a full member since 2011, Ireland is committed to the implementation of policies and programmes in support of Holocaust education, remembrance and research. These commitments are strongly supported by civil society organisations including the Irish Jewish Museum and the Holocaust Education Trust Ireland.  Ireland commemorates International Holocaust Remembrance Day (also referred to as Holocaust Memorial Day) annually on the Sunday nearest 27 January, the anniversary of the liberation of Auschwitz-Birkenau.

In 2019 Ireland joined the Equal Rights Coalition (ERC).  The ERC is an intergovernmental body providing a forum for States to work together with civil society, cooperation agencies, and international organisations, among others to facilitate the exchange of information and best practices to create policies and actions that promote and protect the human rights and lives of LGBTI persons globally.

Ireland is a proud founding member of the Freedom Online Coalition (FOC), a coalition of states that work to advance internet freedom – free expression, association, assembly and privacy online – worldwide.

In 2022 Ireland joined the Media Freedom Coalition, an intergovernmental body established in 2019 to advocate for media freedom and the safety of journalists, and hold to account those who harm journalists for doing their job.  The main purpose of the Coalition is to defend media freedom where it is under threat.

Commission on the Status of Women (CSW)

The United Nations Commission on the Status of Women (CSW) is the principal global intergovernmental body exclusively dedicated to the promotion of women's rights, gender equality and the empowerment of women. The Commission meets annually in March. During this session Member States, with significant input from civil society, evaluate progress on gender equality, identify challenges, set global standards and formulate concrete policies to promote gender equality and women's empowerment worldwide.

Ireland was elected to serve as a member of the Commission on the Status of Women for the first time on 5 April 2016, and our term of office ran from 2017 to 2021. Ireland chaired the Commission for the annual sessions in 2018 and 2019.

As a member Ireland worked to strengthen the voice and functioning of the Commission, support its contribution to the wider 2030 Agenda for Sustainable Development and promote the participation of civil society in its work.

Find out more about Ireland’s engagement with the Commission on the Status of Women.

Ireland was elected to the UN Human Rights Council for the first time in November 2012.