The Istanbul Convention for a better future for all

On 11 May 2011 the Istanbul Convention was signed, the first European legal framework to prevent and combat violence against women. During the Covid-19 pandemic, reports of violence against women and domestic violence increased globally, including by 30% in Slovakia. Along with the Ambassadors of Belgium, Denmark, Estonia, Finland, France, Germany, Luxembourg, Netherlands, Portugal, Spain and Sweden, Ambassador Ó Riain has signed an op ed in today’s SME newspaper calling on Slovakia, one of the first signatories of the Convention, to ratify it and implement its provisions. By doing so, it would make a positive change for women and girls, for our mothers and daughters.

Today marks the 10th Anniversary of the Istanbul Convention. Signed on 11 May 2011, this landmark convention of the Council of Europe aims to prevent and combat violence against women and domestic violence. It is the first instrument in Europe to set legally binding standards to prevent gender-based violence, protect victims of violence and punish perpetrators. The 10th anniversary is a good moment to reflect on what we have achieved so far and what challenges are still ahead. In that light, we welcome a debate on the merits and values of the Istanbul Convention and what we can do jointly to promote safety, respect and equality for women and girls.

The Slovak Republic joined the Council of Europe in 1993, one of the first international organisations that it joined after its independence, and it has been an active and valued member since then. On the 11th of May 2011, Slovakia was among the first countries to sign the Istanbul Convention. Since taking its place in the world as an independent country, Slovakia has a strong tradition of support for women’s rights. However, Slovakia has not ratified the Istanbul Convention.

The Istanbul Convention has been ratified by 34 member states, including our countries. It offers the most comprehensive legal framework to prevent and combat violence against women. The Convention asks for preventive actions and for support and protection of women who have been exposed to violence or are at risk of such violence. It calls for action against domestic violence and also aims to protect women and girls from rape, sexual harassment, stalking, online violence and other acts.

Violence against women and domestic violence is a tragic and unacceptable reality in the whole of Europe. More than 3000 women are killed each year in Europe by their intimate partners or family members and countless more are hurt and harassed. In Slovakia, 34 % of women older than 15 years have suffered physical or sexual violence. Even 47% have experienced psychological violence by their partner, as a survey of the EU Fundamental Rights Agency shows.

During the covid-19 pandemic, we witnessed a significant increase of violence against women in many countries. Statistics of the General Prosecutor’s Office highlighted a 30% increase in reports of domestic violence in Slovakia in 2020. According to police, 12 women were killed by their partners in Slovakia last year. The National Line for Women Experiencing Violence recorded a fourfold increase in calls in the first half of 2020.

It is therefore important to focus on the real goal of the Istanbul Convention of protecting women and girls and ensuring safe living environment and equal opportunities. The recent discussions in Slovakia have raised different points with regard to the ratification of the Istanbul Convention. There is no justification for violence against women. Whatever values you would find important, domestic violence cannot be part of it. In truth, what can be more negative for the cohesion in a country and solidarity amongst its people than domestic violence? How can we build a self-respecting society if emotional or physical traumas experienced at home remain silenced and stigmatized? How can we ensure a strong and prosperous future if part of the population is not able to fulfil its potential?

Gender equality aims to create equal opportunities. It allows for stereotypes of men and women to be addressed and to allow for all children to have equal opportunities. It is this diversity, these freedoms and rights that we seek to protect and promote. We acknowledge the progress made in Slovakia and the efforts made by the government, the President, the Public Defender of Rights, non-governmental organisations and many others. We welcome the recent decision of Prime Minister Heger to allocate three million euros to centres for victims of domestic violence. We stand ready to work jointly with partners in Slovakia to prevent and combat gender-based violence. We invite Slovakia to look at the Convention as an agreement with society that domestic violence is not acceptable and it cannot be seen as a private or a family matter.

In November last year, EU member states signed the Action Plan on Human Rights and Democracy. By signing, we promised to focus on protecting and empowering individuals. Let us consider this action plan as an additional motivation to take concrete actions. The Istanbul Convention has already had a positive impact on women’s lives across Europe. It has improved legislation, support services, training of professionals and raised awareness. It is a successful instrument to prevent violence against women, to protect and help victims and to punish perpetrators. We call on Slovakia, as signatory, to ratify the Istanbul Convention and implement its provisions. By doing so, it would make a positive change for women and girls, for our mothers and daughters. For a better future, for all.

You can read the whole op-ed in Slovak here 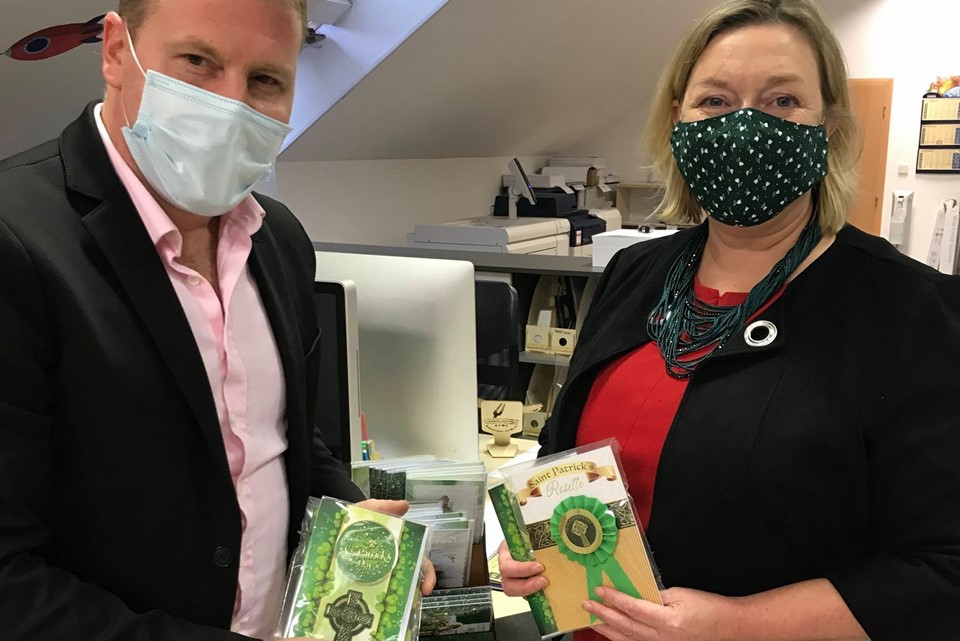 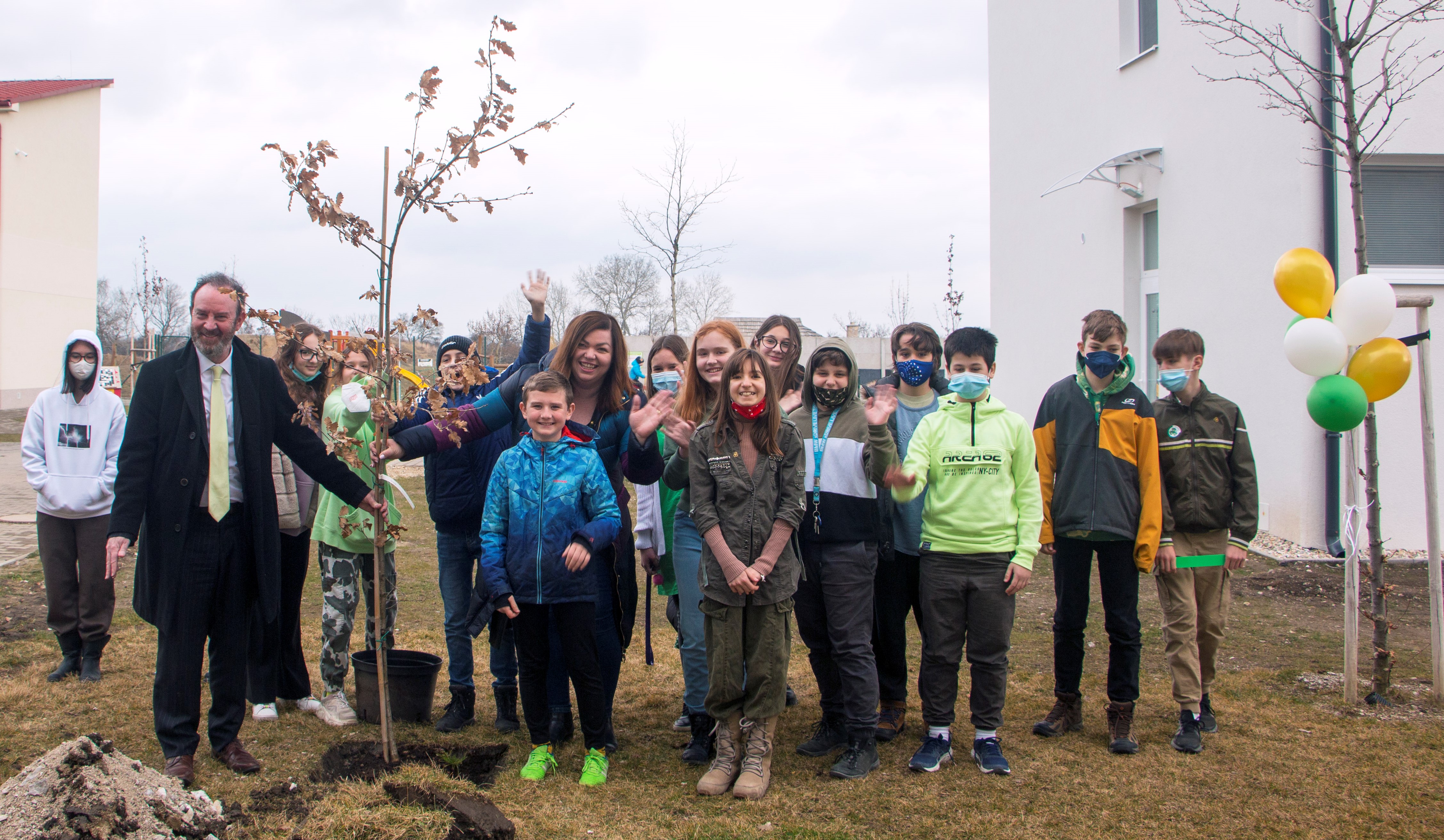