US and Canada Strategy

In February 2019 the Tánaiste, Simon Coveney T.D., launched the Government's new Strategy for the US and Canada for the period to 2025, under the Global Ireland Initiative. The Strategy was also officially launched in Canada over the St. Patrick's Day period 2019 by Minister Richard Bruton T.D. 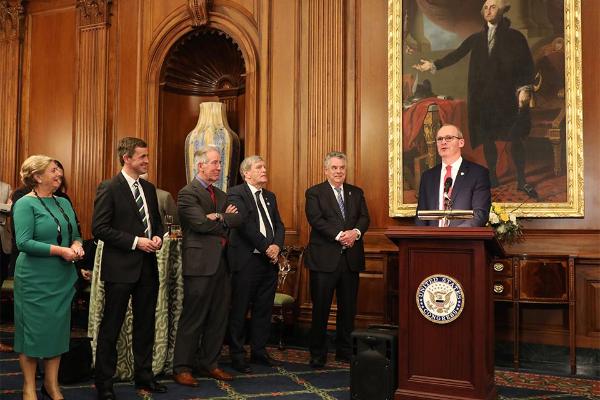 Image left to right: The Tánaiste and Minister for Foreign Affairs and Trade, Simon Coveney T.D. speaking in Washington, D.C. in February 2018

This Strategy will see Ireland doubling its impact in both the US and Canada, through investment and engagement; deepening, broadening and securing these hugely important relationships at every level for the future.

Underpinned by strong historical connections, deep people to people links and shared values, Ireland's relationships with the US and with Canada have traditionally been close. This strategy considers what sustains these important relationships and looks forward, outlining the milestones in relation to how Ireland will structure and focus its strategic relationships with both countries over the period of the Global Ireland Initiative to 2025.

Commenting on the launch of the US and Canada Strategy the Tánaiste said:

"I and my Government colleagues are determined to protect, invest in and develop Ireland's relationship with the US and with Canada for the future. We want these relationships to thrive for the benefit of all of our citizens.

"What's envisaged in this Strategy is nothing less than a step-change in our engagement; and an engagement commensurate with the importance of the relationships, taking account of new geopolitical realities and demographic change. 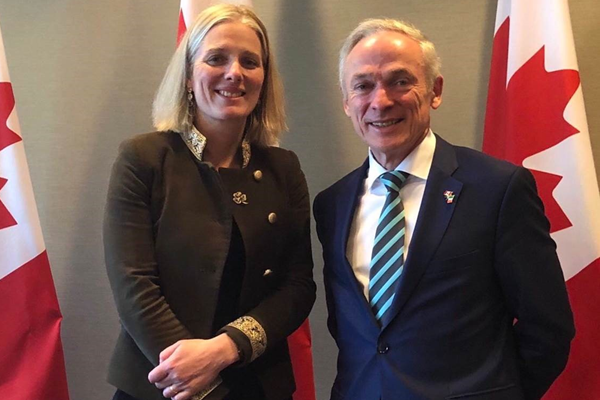 The long version of the strategy contains more background information and the full list of actions.