Ireland and Scotland have close political, economic, community and cultural ties, and both the Government of Ireland and the Scottish Government are committed to deepening Irish-Scottish cooperation. The changing context for the Irish-Scottish relationship, particularly in light of Brexit, provides an opportunity to undertake a joint strategic review of that relationship, aimed at consolidating existing ties in a new international environment and unlocking the relationship’s further potential.

The review will be conducted jointly by both Governments, led on the Irish side by the Consulate General of Ireland in Edinburgh and the Ireland, UK and Americas Division of the Department of Foreign Affairs and Trade, and on the Scottish side by the Scottish Innovation and Investment Hub in Dublin and the Scottish Government External Relations Directorate. A steering group, composed of relevant officials from each Government, will manage the review process.

The aim of the process will be to produce a joint report, to be released in the second quarter of 2020, setting out current areas of bilateral cooperation and identifying opportunities for cooperation or joint initiatives in new areas, which are devolved to Scotland, where these have the potential to support the policy objectives of both Governments. This report will be a public document, setting out how Scotland and Ireland will work together in the period 2020-2025.

To learn more about the nature and scope of this joint review, read the full concept note here. 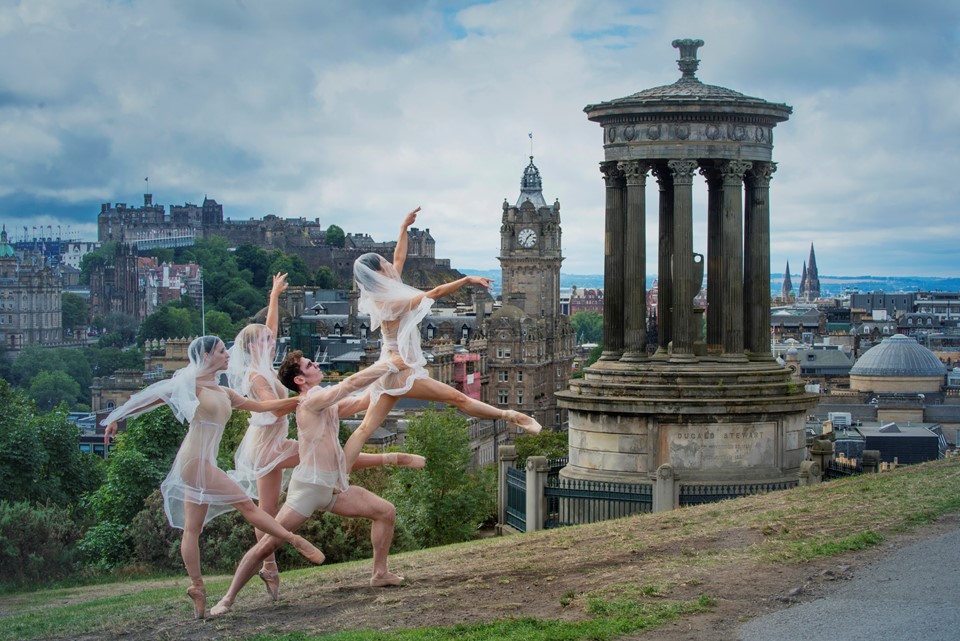 Joint Op-Ed published in The Examiner / The Scotsman

Scotland and Ireland have long been neighbours and friends, from our historic Celtic roots to contemporary links in business, education, culture and beyond. We are closely linked by Sruth na Maoile, the short Straits of Moyle which connect these islands. At the heart of our connections, historic or current, are people.

Whether ancient trade links between the early engineers who built Maeshowe and Newgrange, or the rich collaboration in the arts during the international festivals every August in Edinburgh, it is the relationships between people who choose to work together for something more and better that provide the foundation to our positive and multi-layered relationship.

Twenty-one years ago, devolution, the Belfast/Good Friday Agreement and the establishment of the British-Irish Council, encouraged a new level of Scotland-Ireland convergence. Ireland opened a Consulate General in Edinburgh.
The first foreign Head of State to visit Scotland following the establishment of the Scottish Parliament was then President Mary McAleese, who travelled to Glasgow, Edinburgh and Aberdeen in November 1999. The late Donald Dewar’s visit to Ireland that same year was the first official overseas engagement undertaken by a First Minister of Scotland.

More recently, First Minister Nicola Sturgeon visited Dublin and met Taoiseach Leo Varadkar in May this year. President Michael Higgins visited Scotland in 2016 and 2017. We ourselves are hoping to meet again in Edinburgh shortly.

This continued political engagement has seen relationships flourish across political, cultural and trade fields. Building on this, the Scottish Government opened its office in Dublin in 2016.

After more than two decades, and in the changing context of Brexit, it is timely to review our relationship.

For the first time for either country, we are undertaking a joint bilateral review of relations, encompassing shared policy areas.

It is easy to take relationships for granted. This review will begin with an assessment of how things stand – what we do together as governments, as trading nations, as research bodies, as cultural institutions, as communities.
Our approach is encapsulated in the word dual. In the Gaelic of Scotland and Ireland, dual means a strand, to twine; a concept of Scottish-Irish interconnectedness well understood by our wonderful musicians Julie Fowlis, Muireann NicAmhlaoibh, Eamon Doorley and Ross Martin.

Looking to the future we will challenge ourselves and each other with bold questions about whether we are doing things well together, and what we could improve. We want to acknowledge excellence and to identify future opportunities.

This work will be led by the Consulate General of Ireland in Edinburgh and the Scottish Government Hub in Dublin, supported by Irish and Scottish officials to ensure that it remains focused and delivers on time.

We will review government-to-government work; the Scottish-Irish Health Forum is an excellent example of a constructive, focused collaboration which shares challenges and solutions. While we work together across many sectors, we don’t yet have a framework to drive holistic bilateral cooperation, that natural intertwining we seek.

The review will also look beyond government, in the areas of business and economy, community and diaspora, academic and research links, culture, and rural, coastal and island communities. We want to learn from the best in each country and empower those who can bring our relationship to a new level.

The review will be conducted over the coming months and will include an online questionnaire and opportunities for dialogue and discussion. We encourage as much interaction as possible with our teams – if you feel you can contribute, please get in touch with the Consulate General of Ireland in Edinburgh or the Scottish Government Hub in Dublin.

We want to do this quickly but thoroughly so this review will result in a joint report to both the Government of Ireland and the Scottish Government in the second quarter of 2020, setting out our shared goals and determining where we will focus our combined energies in the years 2020-2025.

The richer the engagement in this review, the greater the rewards for both Scotland and Ireland in the coming years. We invite you to take part in this dual approach to shaping our shared future.

For more information on this joint review and the work of the Irish and Scottish Governments in both Scotland and Ireland, you can visit our websites below and follow us on Twitter.

Ireland and Scotland have close political, economic, community and cultural ties, and both the Government of Ireland and the Scottish Government are committed to deepening Irish-Scottish cooperation.