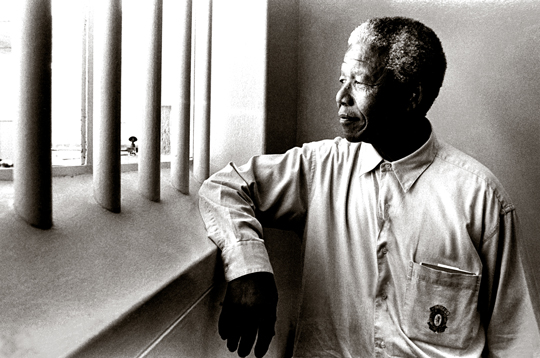 2018 marks 100 years since the birth of Nelson Mandela. In Ireland this year, we are also celebrating 25 years of diplomatic relations with South Africa. To commemorate these milestone occasions, the Department of Foreign Affairs & Trade, along with the Apartheid Museum of South Africa have brought From Prisoner to President: The Nelson Mandela Centenary Exhibition to Kilmainham Gaol, for a period of 6 months, to January 2019. The exhibition is open to the public free of charge and tickets can be obtained through Kilmainham Gaol: http://kilmainhamgaolmuseum.ie/

“This exhibition celebrates the life of Nelson Mandela. The exhibition examines the themes which define in many ways his life, as a Leader, as a Comrade in struggle, as a Negotiator, as a Prisoner and as a Statesman. It highlights too, the strength, breadth and depth of Ireland’s relationship with South Africa, from Ireland’s support for the anti-apartheid movement. And I have to say that support began with the brave efforts of principled opponents of racism, and it evolved then to become an agreed position of both Government and opposition.”

The exhibition displays images that depict the many significant moments that mark Ireland’s special relationship with South Africa, beginning with the foundation of Ireland’s anti-apartheid movement in the 1980’s, right through to our strong partnership today.

Noting the significance of the exhibition being displayed in Kilmainham Gaol, Trevor Manuel pointed out that;

“Being in this Gaol just reinforces…our shared history. It’s a history of resistance and a history that we sought to overcome and in many ways for us in South Africa…Robben Island represents that for us but it is not the only place.”

The exhibition is based on the one currently on display at the Apartheid Museum in Johannesburg, variations of which have been shown around the world, including in Argentina, Ecuador, France, Luxembourg, Peru, America and now Ireland. The exhibition showcases the life and work of Nelson Mandela and offers an opportunity to reflect on our own contribution to the anti-apartheid movement, as well as the role that Mandela’s values and ideals still have to play in Irish society today. 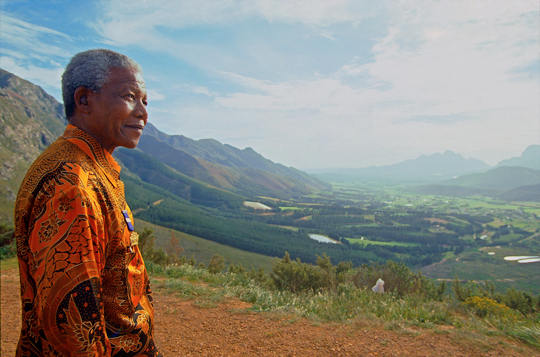 Ireland will continue to promote and advance these ideals. In September, Ireland will co-chair the Nelson Mandela Peace Summit with South Africa at the United Nations building further on our long and successful relationship.