The Women Peace and Security Agenda

Learn more about the agenda in Ireland's Simple Guide to the WPS‌.

United Nations Security Council Resolution (UNSCR) 1325 was adopted in 2000. Its adoption was an important watershed marking global recognition of the unique and disproportionate impact of conflict on women and girls, and the importance of their participation in decision-making in conflict and post-conflict situations. 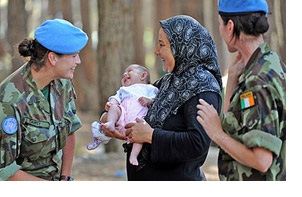 The binding commitments of UNSCR 1325 strive towards the full and equal participation of women in decision-making processes around issues related to peace and security; for the protection of women and girls from gender-based violence; and the implementation of gender perspectives in all peace-making and peace building strategies undertaken by the United Nations and its Member States.

The Third National Action Plan (2019-2024) was launched on 21 June 2019 by then Tánaiste and Minister for Foreign Affairs and Trade, Simon Coveney T.D. The development of Ireland's Third National Action Plan on the Women, Peace and Security Agenda was led by a Working Group appointed by the Tánaiste and was made up of 50 per cent government and 50 per cent civil society.

The Action plan was drafted based on the findings of:

Details of this process, including the submissions, can be found on our dedicated webpage.

As part of its monitoring and reporting requirements, the NAP contains a commitment to present an Annual Report to the Joint Oireachtas Committee on Foreign Affairs and Defence (JCFAD). The first Annual Report was submitted to the JCFAD on 11 February 2021 and is available here‌. This Report is structured in line with the four key pillars of the NAP, namely Prevention, Participation, Protection and Promotion, with the projects and programmes which were implemented in the first year of the NAP highlighted under each key pillar.

The Report highlights the impact of the COVID-19 crisis during 2020, and takes a detailed look at Ireland's implementation of the WPS agenda both domestically and internationally. Finally, a Monitoring Framework, available in the annex to the Report, indicates progress made on each of the actions and indicators contained in the NAP.

Our Third National Action Plan on Women, Peace and Security is also available in Irish/as Gaeilge.

Ireland's First National Action Plan‌/WPS An Chéad Tuarascáil Bhliantúil  launched in November 2011. It was drafted following on from an interdepartmental governmental and civil society consultation process and an international cross-learning initiative, involving women from Timor-Leste, Liberia and Ireland/Northern Ireland. It was launched on 25th November 2011 at the Annual Seminar of the Irish Consortium on Gender-Based Violence by the Tánaiste and Minister for Foreign Affairs and Trade, Eamon Gilmore, and former President Mary Robinson. A Mid-Term and Final Review were conducted to inform the Second National Action Plan.

The Final Review of the First National Action Plan, a public consultation and a public workshop, with over 100 statutory, civil society and academic participants, informed the writing of the plan. The plan is structured around the four pillars (prevention, participation, protection, relief and recovery, and promotion of the agenda), each with a number of objectives, and establishes clear actions and target timeframes. The built-in monitoring mechanisms and the unique dual focus (both international and domestic) of Ireland's National Action Plan have been highlighted by both the United Nations and the European Union as examples of best practice.

An Oversight Group chaired independently by Nora Owen was established to oversee the implementation of Ireland's second National Action Plan on Women, Peace and Security. The Conflict Resolution Unit, Department of Foreign Affairs and Trade, is the Secretariat for the group.  Further information is available on the Oversight Group page.

Report: Building Peace from the Grassroots: Learning from Women Peacebuilders to Advance the WPS Agenda 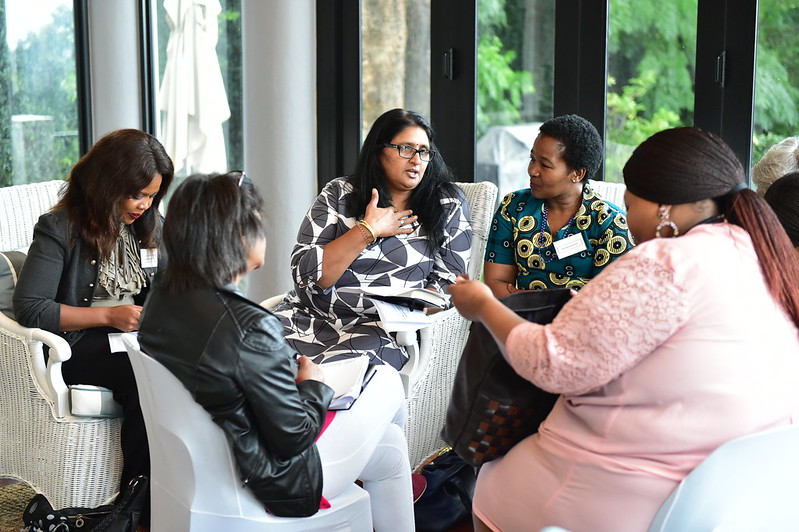 As we commemorate the anniversaries of both the Beijing Declaration and of UNSCR 1325, numerous reports serve as blunt reminders that we have not done enough to advance the Women Peace and Security Agenda.

Taking inspiration from grassroots leaders and wishing to hear directly from them and learn from their experience, Ireland, in collaboration with UN Women and the Global Network of Women Peacebuilders (GNWP), brought together women peacebuilders from different backgrounds and contexts in Colombia, Northern Ireland, South Africa and Uganda. Through consultations that focused discussions on the six priority areas outlined in the UN Secretary-General’s 2019 we were able to take stock of the WPS agenda in 2020 and compile their views and recommendations in a report compiled by GNWP.

It is important to note that as we were witnessing the growing impact of the pandemic on women worldwide, it was agreed that second consultations, on a smaller scale will be held so that the report can also document and disseminate information about gendered impacts of the COVID-19 pandemic, and women-led responses to it, in order to provide global, regional, national and local authorities with information and analysis necessary to develop gender- and conflict-sensitive crises responses.