The International Committee of the Red Cross

The Avalon Project on the Laws of War, Yale Law School

International humanitarian law (IHL) - known also as the Law of Armed Conflict or the Law of War - is the body of international rules that in time of armed conflict protects those who do not, or can no longer, participate in hostilities, such as civilians, the wounded and prisoners of war. 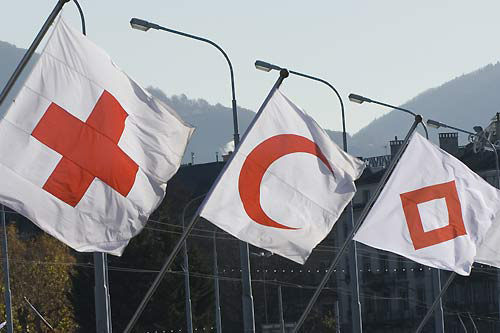 International Humanitarian Law regulates the conduct of armed conflict and seeks to limit its inhumanity.   It also limits the methods and means of warfare that may be employed by parties to an armed conflict, prohibiting attacks on civilian populations and weapons that are indiscriminate or inhumane.  It does not regulate the circumstances in which a state may use force, or determine whether an armed conflict is legal, and its rules apply to all sides, regardless of who started the conflict.  IHL also applies to both states and non-state actors involved in international armed conflict, although a more limited set of rules applies to armed conflict that takes place on the territory of a single state (known as armed conflict of a non-international character).

The Geneva Conventions and their Additional Protocols

The core of modern International Humanitarian Law is set out in the four Geneva Conventions of 1949 and their Additional Protocols. Every state in the world has adhered to the Geneva Conventions and although not all states are yet parties to the two Additional Protocols of 1977, many of the rules set out in these instruments enjoy the status of customary international law applicable to all states.

Ireland is firmly committed to the effective application and further development of international humanitarian law.  Ireland played an active role in the negotiation of the Statute of the International Criminal Court, recognising it as an essential means for bringing to justice those responsible for the most serious international crimes, including grave breaches of the Geneva Conventions and other serious violations of the laws and customs of law (‘war crimes’).

Ireland was also one of a small core group of states that promoted the development of a new instrument of IHL on cluster munitions, a major international initiative that culminated in the negotiation and adoption by consensus of the Convention on Cluster Munitions at a Diplomatic Conference hosted by the Government of Ireland in Dublin in May 2008.  The Convention was adopted at the Dublin Conference by 107 states and opened for signature on 3 December the same year at a Conference in Oslo. Ireland signed and ratified the Convention on 3 December 2008.  The Convention entered into force on 1 August 2010.

In 2008 the Government established the national committee on international humanitarian law to advise it on matters of IHL, to provide a means of promoting wider knowledge of IHL within the State and to prepare for International Conferences of the Red Cross and Red Crescent. It meets regularly under the chairmanship of the Department of Foreign Affairs & Trade.

Ireland has participated actively in the Initiative of the International Committee of the Red Cross and the Swiss Government to develop proposals to enhance the effectiveness of mechanisms to ensure compliance with international humanitarian law. This Initiative was one of the principal outcomes of the 31st International Conference of the Red Cross and Red Crescent in 2011. Several meetings of States were convened to develop proposals to improve compliance with IHL which were presented at the 32nd International Conference in 2015. A Resolution was adopted mandating the continuation of the process. Ireland has participated actively in these meetings.

Read more about Ireland and IHL

The International Committee of the Red Cross

The Avalon Project on the Laws of War, Yale Law School