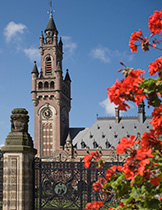 A further notable area of recent growth has been the field of international criminal justice. While tracing its origins back to the Nuremburg and Tokyo Trials following World War II, the establishment of the ad hoc criminal tribunals for the Former Yugoslavia and Rwanda in the 1990s marked the beginning of a new era in international criminal law. This movement towards ending impunity culminated in the establishment of the first permanent International Criminal Court in 2002, upon the entry into force of the Rome Statute.

In more recent years a “third generation” of hybrid courts have also been established to deal with past atrocities: Crimes Panels of the District Court of Dili, East Timor; “Regulation 64” Panels in the Courts of Kosovo; the Special Court for Sierra Leone, and the Extraordinary Chambers in the Courts of Cambodia and the Special Tribunal for Lebanon.

A detailed study of this proliferation of international judicial organisations, together with useful materials and links, is available from the Project on International Courts and Tribunals