The team is led by Consul General of Ireland Jane McCulloch. She is assisted in Edinburgh by three colleagues.

Lisa Marie is an official of Ireland's Department of Foreign Affairs and Trade and took up her assignment as Vice Consul General of Ireland in Scotland in February 2018. Lisa Marie works closely with the Consul General and other members of the Consulate team to lead the work being done for the Irish community in Scotland as well as the Consulate's economic and cultural initiatives. Prior to taking up duty in Scotland, Lisa Marie served as desk officer for the Human Rights Unit at the Department of Foreign Affairs and Trade in Dublin.

Niamh is an official of the Department of Foreign Affairs and Trade and has been assigned to the Consulate in Edinburgh since May 2018. Niamh is responsible for managing the day-to-day operations of the Consulate including the provision of consular services, administration, accounts and budgets. Niamh also coordinates much of the Consulate's engagement with Irish community and cultural programmes and projects.

Vicky has been working with the Consulate in Edinburgh since November 2012 and is, for many visitors, the public face of the office. Vicky manages the public reception and communications, deals with certain consular, legal and administrative issues and liaises with the Passport Office on passport enquiries. Vicky also has a key role in relation to the Consulate's event management functions. 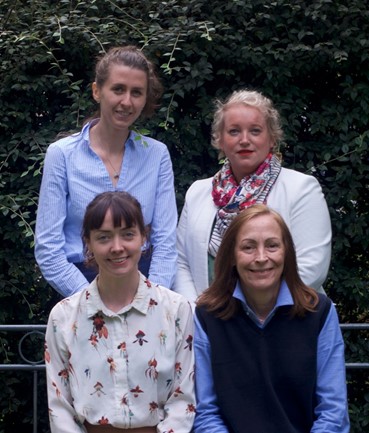 Directions to the Consulate General of Ireland

The Consulate General of Ireland in Scotland is located at 16 Randolph Crescent, just off Queensferry Street in Edinburgh’s West End. 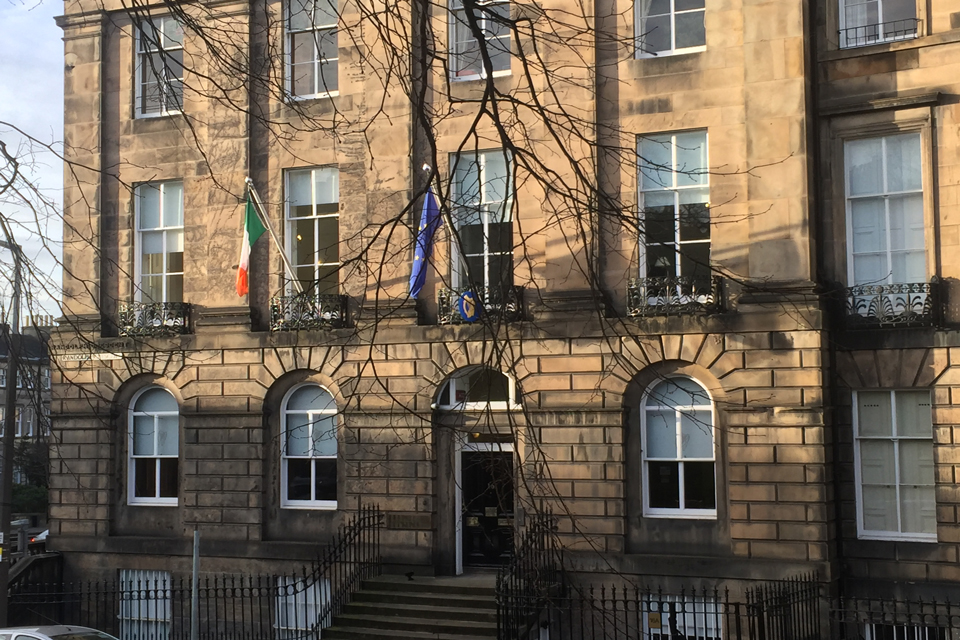 The Consulate is well serviced by a number of Edinburgh bus routes and is within walking distance of Haymarket Rail Station.

Please note that if you require urgent assistance while the Consulate is closed you can telephone 0131 226 7711 and leave a message. The mailbox is monitored regularly throughout the weekend and your call will be returned at the earliest possible opportunity.

The Consulate General of Ireland will be closed on the following days:

Please note that if you require emergency assistance while the Consulate is closed you can telephone 0131 226 7711 and leave a message. The mailbox is monitored regularly throughout the weekend and on public holidays and your call will be returned at the earliest possible opportunity.