June and July were the busiest months for passport applications 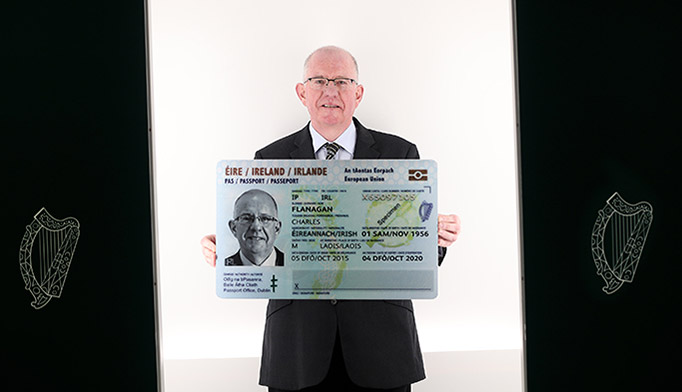 The Minister for Foreign Affairs and Trade, Charlie Flanagan TD, has announced details of the number of passports issued in 2015 and highlighted the success of the innovative new passport card.

“2015 has been a very busy year for the Passport Service with a record number of passports issued. This represents a growth of 6.41% over 2014 and we expect this trend to continue in the coming years.

“This has also been a special year with the launch of new passport card in October of which I am particularly proud. The application process via our website and specially designed app reflects the Government’s commitment to the expanded provision of online public services. The card has been an Irish-led and Irish-designed project that uses cutting edge technology and security features to provide high levels of convenience to customers.

“The card is valid as a passport in all 27 other EU Member States along with Norway, Iceland, Liechtenstein and Switzerland.

“Already over 13,500 cards have issued, of which almost 85% to men and the average age of applicants is 43. Three quarters of the applicants are based in Ireland with the majority of others based in the UK or the rest of Europe. I would encourage people to apply for a passport card, particularly those who travel frequently within Europe and those who have their passports at embassies for long periods awaiting visas. It is also useful for age-identification purposes.”

The card complements but does not replace the Passport booklet.

The Minister went on to outline allocation of significant resources, as announced within Budget 2016, to reform and modernise the passport service:

“The passport reform programme – to which I will allocate €4m in 2016 - will see a more streamlined system to process passport applications in the coming years.”

The Minister took the opportunity to remind citizens of services available and of the need to check the expiry date of passports and to apply outside the peak season:

"The Department has worked hard in recent years to ensure we provide a modern, secure and quick passport service.

“For those who need to travel at short notice (3-10 working days) the passport appointments service allows them to book an appointment online rather than queuing up to renew their passport.

“Customers can now track their application online and can also sign up for our reminder service to receive an alert three months before their passport expires.”

Minister Flanagan encouraged Irish citizens to check the expiry date of their passport and to remember that many countries require incoming visitors to hold passports which are valid for at least six months.

On the seasonal surge in applications, the Minister commented:

“Almost 50% of applications for passports are generally received between April and July. Citizens who plan to renew their passport in 2016 are strongly advised to do so in the off-peak period to ensure the shortest renewal time.”

Passports by Numbers in 2015