On 12 November, the Minister for Foreign Affairs and Trade, Mr Charlie Flanagan T.D., hosted a special event at his Department's headquarters, Iveagh House, to mark the 30th anniversary of the signing of the Anglo Irish Agreement on 15 November 1985. 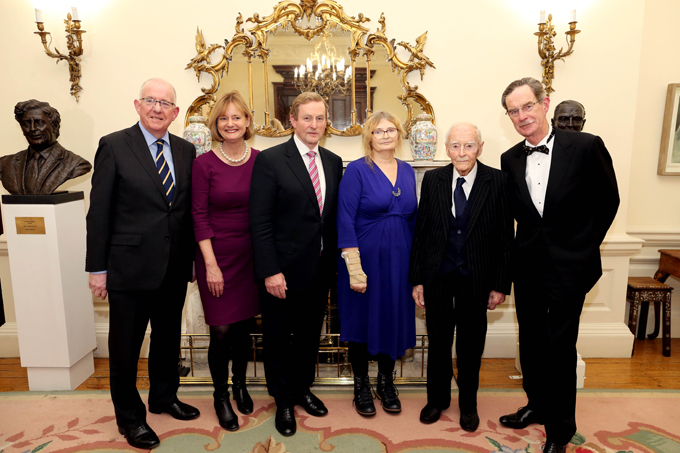 I am sure that everyone who was around at the time has their own personal memories. I was a provincial solicitor putting the building blocks on my own legal practice. Whatever else were the issues of the day then, there was certainty among the Irish public that matters relating to Northern Ireland had taken a strong turn for the better.

There was national pride in what had been achieved and hope – indeed, expectation perhaps – that better was yet to come!

Today I have the honour of holding the office of Minister for Foreign Affairs and Trade, the first minister from my party to do so since Peter Barry, one of the great architects of the agreement we celebrate tonight.

I am delighted that Peter agreed to say a view words for us on camera from his home in Cork – we’ll look at those shortly, while I welcome my friend, Deirdre Clune MEP, and her brother Conor, who join us here tonight.

A most special welcome to members of the FitzGerald family, Mark, in particular, who I’ve known for many, many years. You are always so rightly proud of Garret and of course tonight can be very much dedicated to his memory.

These weeks – and over the same period this time last year – I have been in Northern Ireland working to help parties resolve outstanding differences, deal with the past and focus on the future. This work is never easy, but contrast now to thirty years ago, when differences meant not speaking to each other, when the past was very much the present and when the future looked particularly bleak.

Right now, as we speak, that work is continuing in Belfast. The good news is that real progress has been made with only a number of issues still to be resolved. What we need is a final collective push, with willingness and leadership on all sides, to get a deal over the line. I will be returning to Northern Ireland later tonight to hopefully assist with making that happen.

I have long been involved in North-South and Irish-British Relations, including in the British Irish Parliamentary Assembly, built by Peter Temple Morris and the late Jim Tunney and given particular momentum by the Agreement. I welcome here tonight Deputy Frank Feighan, whose co-leadership of the current Assembly has been dedicated and sincere and who will soon step down from that role as he retires from politics.

So, how is it that relationships and understanding between Leinster House and Westminster politicians – that both the Taoiseach and myself have witnessed it first-hand in our membership of the joint parliamentary group – have developed so much in these 30 years?

How is it that the Irish Government is at the table in Belfast, working in partnership with our British colleagues to help elected representatives in Northern Ireland work out their differences and resolve their problems?

The roots of this process lie firmly in 1985 and the period leading up to that historic agreement. We must never ever forget that and we continue to express our appreciation for that momentous breakthrough.

Tonight is about celebrating that achievement and celebrating those who made it happen, against the most turbulent of backgrounds. These things are never easy.

We honour the personal sacrifices of our negotiators, both political and official. It may seem hard to remember now, but their challenges also included risks to personal safety, whether in Belfast, Derry, Dublin or London.

I am really pleased the Taoiseach could join us to reflect on the work of his predecessor as Fine Gael party leader and Taoiseach, Dr Garret FitzGerald, who together with Prime Minister Thatcher crafted a new departure in Irish-British relations.

They were, of course, ably assisted by Peter Barry, Dick Spring, Michael Noonan, Tom King, the late Geoffrey Howe and those senior officials who worked tirelessly in the background – including Seán Donlon and Michael Lillis from my own Department, the late Dermot Nally from the Taoiseach’s office whose wife Joan is with us tonight, from the British side Robert Armstrong, David Goodall and others... and also in London, outstanding work by Noel and Caitriona Dorr, Richard Ryan and the team at the Irish Embassy.

The Anglo-Irish Agreement was the foundation stone on which many building blocks of the edifice of peace and political stability were subsequently laid. I am conscious that, in this gathering tonight, are many individuals who contributed to that unrelenting work of peace and reconciliation, for which we are all so grateful.

We must also pay the strongest of tributes to President Reagan, Speaker Tip O’Neill, the European Union and the leaders of Canada, Australia and New Zealand, all of which countries are represented this evening by their respective ambassadors and representatives.

They gave diplomatic and financial support to the agreement, including through the International Fund for Ireland which will celebrate its own 30th anniversary next year and will launch its new strategy next week in Derry.

Looking back 30 years ago once more, it can be seen that the Taoiseach himself made a passionate and thoughtful speech in November 1985 when the agreement was put to the Dáil for a vote.

Then Deputy Kenny, who had already contributed to the lead-up to the agreement through his participation at the New Ireland Forum, spoke of the agreement as meaning “Anglo-Irish Relations will never be the same again” and of his hope that it would lead eventually to “a devolved power structure … where all traditions and the North could be accommodated”.

And so, before I invite the Taoiseach to reflect on those words in his keynote address, I would like you to watch this short video, which should hopefully jog some memories for many in this room. 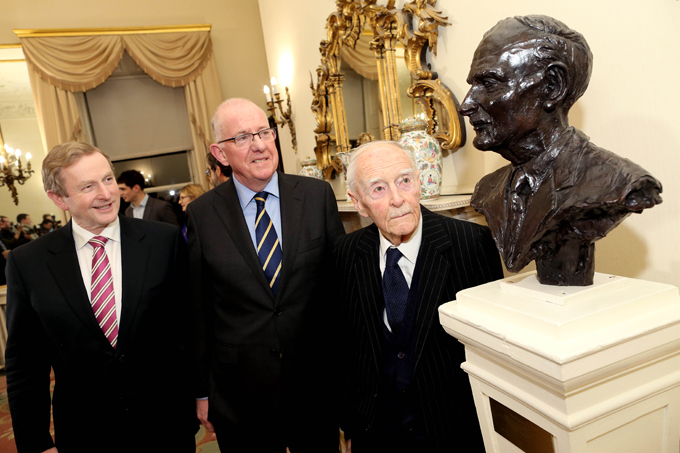