H.E. Mr. He Xiangdong, Ambassador of the People’s Republic of China was accompanied by his wife Ms. Xia Lining and by Mr. Huang He, Political Counsellor and Deputy Head of Mission.

Mr. Simon Coveney, T.D., Tánaiste and Minister for Foreign Affairs and Trade, represented the Government at the ceremony.

The Ambassadors were accompanied to and from Áras an Uachtaráin by an Escort of Honour consisting of a motorcycle detachment drawn from the 2 Cavalry Squadron, Cathal Brugha Barracks, Dublin, under the command of Lieutenant David Kelly.

A Guard of Honour was provided at Áras an Uachtaráin by the 1 Armoured Cavalry Squadron, Curragh Camp, Co. Kildare, under the command of Second Lieutenant Conor Heffernan. 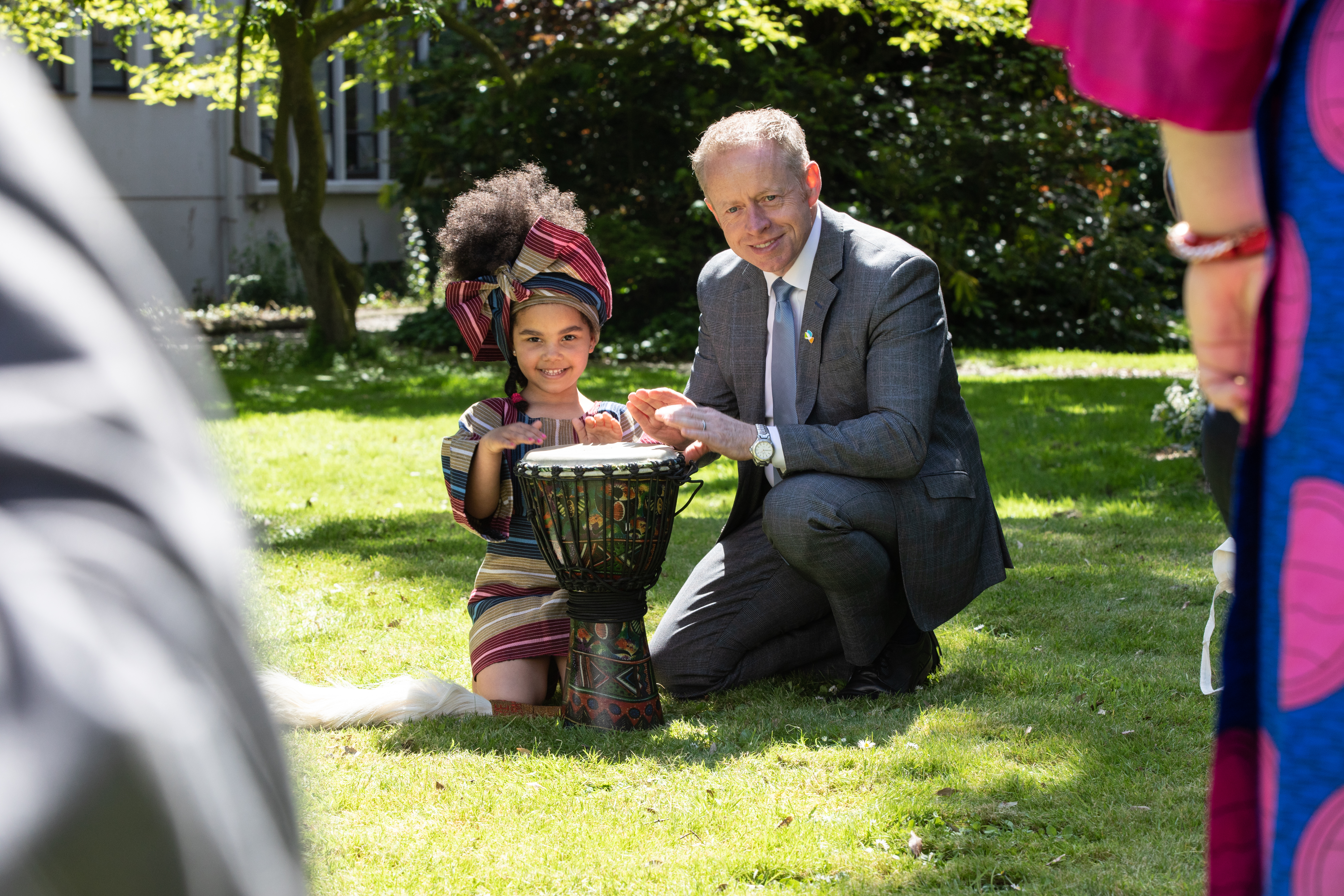