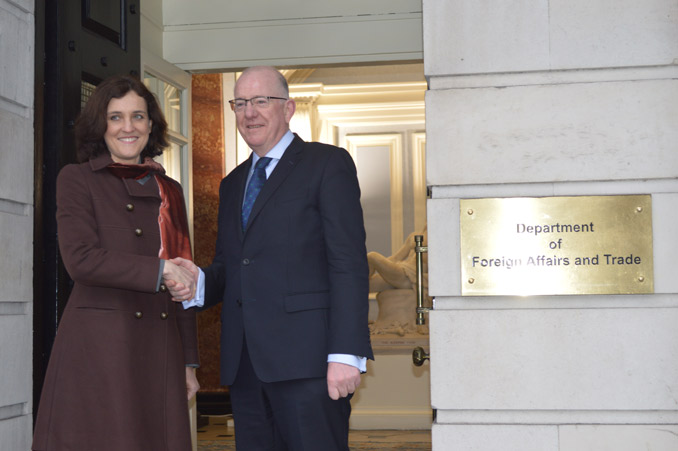 The Minister for Foreign Affairs and Trade, Charlie Flanagan, TD, will today (11th February 2015) meet with the Secretary of State for Northern Ireland, Theresa Villiers, in Iveagh House.

The meeting is part of the on-going consultations between the Irish and British Governments on Northern Ireland issues in general, and on follow-up to the Stormont House Agreement of last December in particular.

Speaking ahead of the meeting, Minister Flanagan said:

“I am glad to welcome Secretary of State Theresa Villiers to Iveagh House once again to continue our work together on Northern Ireland issues. The particular focus of our discussions today will be on the on-going implementation of the Stormont House Agreement of 23rd December 2014.